What is an HDMI Splitter and do I need one?

Why do we need HDMI Splitters?

With the advent of HDMI as the premier signal format for high definition video, the range of options for boosting, modifying, or regulating that signal have grown into an exciting and dizzying array. One of the simplest and most versatile devices for modifying HDMI signal is the HDMI Splitter. These simple, powerful, and reliable devices are everything you need to send a single HDMI signal out to multiple displays.

Whether you want to share HDMI between 2 TVs in your house or set up 8 TVs for a restaurant or bar, we have the HDMI Splitter you need. Our 1x2, 1x4, 1x8, and 1x16 HDMI splitters are full featured HDMI v1.3b compatible for 1080p and 3D support.

How Do I Use My HDMI Splitter?

Deploying an HDMI splitter is as simple as plugging it in, setting it somewhere unobtrusive, and forgetting about it. Imagine, for instance, that you have one Blu-ray player, cable television box, or game console in your living room. That device has one HDMI port through which it outputs video. But you have a television in the living room and a television in the den too. How do you get the signal to both displays? Simple!

How do HDMI Splitters Work

An HDMI splitter is a small electronic device used to duplicate a single HDMI signal and output it several times. Powered HDMI splitters will act as a repeater to boost the digital HDMI signal and allow you to surpass the normal 15ft length limitations of the format. Splitters will also dynamically handle the EDID handshaking and HDCP signal that HDMI sources and displays need in order to function.

HDMI splitters take a signal in from a source device and then send that exact same signal out to multiple displays. Since HDMI as a signal format is capable of digital handshaking the splitter can read and match the signal that each display device is expecting. This cuts down on signal incompatibilities and setup hiccups, it also means that the splitters will output video at the lowest common denominator (e.g.: if you have a 720p television and a 1080p television both displays will receive a 720p input).

Are you getting the best resolution out of your HDMI splitters?

Most of the time this goes unnoticed. But for people that want to get the most out of their expensive TV's this is very noticeable. Especially when watching 4k content since the lower resolution will make all the other displays look inferior.

To solve this, you can use an HDMI Downscaler between your splitter and your 1080p display. The way a downscaler works is that it receives a 4k signal, and "downscales" it into a 1080p signal. This way, the splitter is forced to send a 4k signal to all the displays because it thinks that all of the displays are 4k.

Here is a video explaining more about the Echo Downscaler by Sewell.

NOTE: The Echo used in the video is an old model, but the same principle applies. The new model of the Echo is a Downscaler AND Upscaler, meaning you can also "Upscale" a video signal that is only 1080p and turn it into a 4k signal. 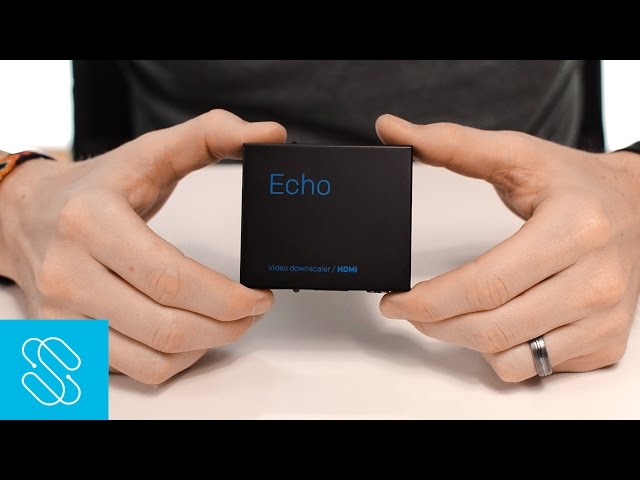