We recently bought a new PS4 pro and the PSVR headset, mainly for testing our products and making sure they work well with the PS4 (at least that’s what we told our boss). We also bought a new 4k HDR TV. Seriously though, the real reason we bought all this was because of some reviews on a couple of our HDMI products that had mixed results when using the HDR output on the PS4 Pro.

Some reviewers had the idea of using our IBIS Bi-Directional Switch to get HDR from the Playstation while still plugged into the PSVR. However, other reviewers said that this method did not work for them. So we made a video explaining how to properly set it up and get it working. Since the IBIS is "bi-directional" it's very easy to put the cables in the wrong order. After many hours of playing Uncharted 4™ while at work testing the IBIS, we are confident to say that it does support HDR (with the correct settings on the PS4 Pro). 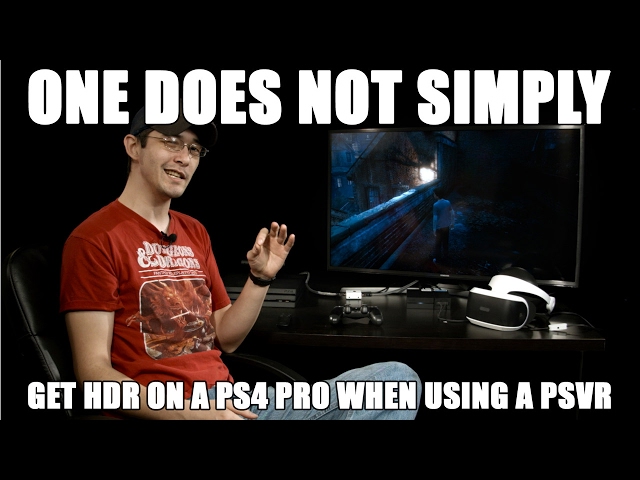 We've had some users experience mixed results with this setup. The errors varied from signal flickering to no signal at all. Here's a few tips I've gathered from all the YouTube comments and what has worked for other users.

After reading this, if you still have trouble please call us and we'll troubleshoot this with you. AND if you figure out what the problem was, please leave us a comment on YouTube letting us know what worked for you. Thanks!