Cables are not the most attractive technology, especially when compared to gaming consoles, speakers, and HDTVs. But, attractive or not, without cables all of those awesome devices won’t work. It used to be that there were a myriad of different cables for every aspect of home entertainment, but HDMI has changed all of that. HDMI is one cable that can be used for almost everything in your home entertainment system.

But HDMI has changes versions so many times it can be hard to keep up with the different versions. Here are all the versions and what features they offer.

HDMI 1.0 remains sufficient for many purposes. It’s a backwards compatible format that can handle pretty much all of the HD audio formats out there. The key is having a player that can decode native HD formats to uncompressed PCM audio. Some formats, like DSD and DVD-audio can’t be sent natively over HDMI 1.0.

However, there are a lot of things that HDMI 1.0 can’t do. It doesn’t support 3D, Deep Color, 4K Ultra HD, and more, which come in later versions.

HDMI 1.1 added the ability to transmit DVD-audio. This was the first spec to hit the mass market.

HDMI 1.2 was the biggest jump since the introduction of HDMI. It was an attempt to bring the PC market into focus and compete with the new DisplayPort standard.

This was a very small change that clarified consumer electronic control (CEC), a feature that promised smart interoperation between different components. However, this feature wasn’t standardized so most manufacturers’ products only work within their own brands.

Active solutions began to be available to try and solve some of the distance problems, but they were expensive. Even today there a lot of people are confused about cable certifications and how far a signal can reliably travel across a cable. The positive thing about this update is that it allowed for Deep Color or the use of the xvYCC expanded color space.

This was an incremental change, mostly and adjustment for manufacturers using CEC and Type C connectors. There are no practical differences between 1.3 and 1.3a.

These versions define testing for products based on the 1.3a specs. There's no difference in features, function, or performance over the HDMI 1.3a spec.

This is another major update that increases bandwidth to 18 Gbps and includes increased support for 4k video, including dual video to the same display. The increased bandwidth also allows you to watch 4k content at a full 50 or 60 fps, which is necessary for gaming or live TV. 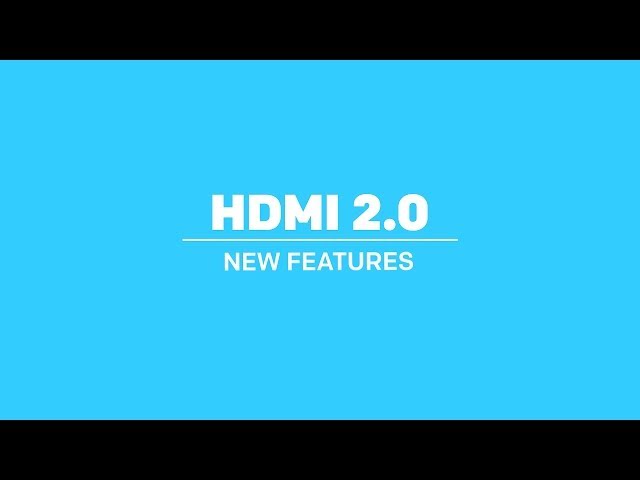 At Sewell, all of our cables are up to date with the newest HDMI specifications. Check out our line of standard and premium HDMI cables to find the right cable for you.